THE PIVOT: RADICAL CHANGE FOR SUCCESS 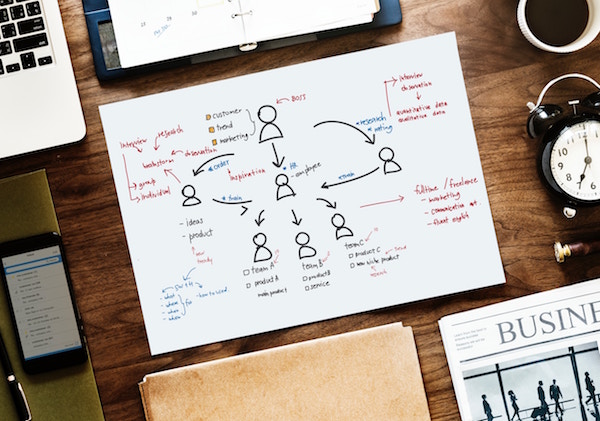 Let's look at the playbooks of two iconic brands that, facing powerful headwinds, pivoted to a brighter future.

Indigo is a great example of effective change leadership. Once a leader in the bookstore category, the Canadian chain realized it had to evolve as the industry was challenged by eBooks and the ‘free’ economy. The company has transformed into what founder Heather Reisman always envisioned, a “cultural department store.” Whether online or at its 86 Indigo and Chapters superstores, the traditional print offerings are now accompanied by candles, cooking utensils, toys, Fitbits, and iPads.

Start spreading the news – digitally
Meanwhile, the New York Times has also had to transform as print readership diminished and ad revenue migrated to Facebook and Google. Led by the father-son duo of Arthur Ochs Sulzberger Jr. and Arthur Gregg (A.G.) Sulzberger, The Times now has more digital subscribers than print while maintaining its prestige and garnering numerous awards for quality journalism.

John Kotter described change leadership in a Forbes article as putting an “engine on the whole change process, and making it go faster, smarter more efficiently.” So, what can we learn about change leadership from Indigo and the New York Times?

Big Picture / Vision
Kotter noted that compared to change management – which focuses on tools and structure – change leadership is more about “big visions.” Both Reisman and the Sulzbergers had clear visions of where they wanted to take their companies. In Reisman’s case, a Financial Post article earlier this year chronicled how the Chapters Indigo superstore of today is actually what she envisioned years ago – a “place inspired by authors, musicians, poets and opinion leaders.”

Meanwhile, a team of seven New York Times’ journalists (called the 2020 Group) has highlighted the urgency of the paper’s shift to digital and how they were excited about the challenge and future.

Passion/Purpose
It’s one thing to have a vision on paper. But if no one is reading, leading and believing in it, it’s just a piece of paper, right? Reisman has been the driving force of Indigo’s transformation, noting in a June 2016 Canadian Business feature that “the products come second. It’s the ideas that come first.” She explained how she challenges her team to arrive at seven or eight big ideas a year that drive its offerings through different seasons. Recent themes have included unplugging and cooking.

In the case of The Times, the paper’s management team engaged staff from across the organization to take a hard look at its operations and avoid the digital “workarounds” other papers had tried unsuccessfully.

Excellent Communication
In his book Who Says Elephants Can’t Dance, former IBM CEO Louis V. Gerstner Jr. wrote “personal leadership is about communication, openness, and a willingness to speak often and honestly…They treat every employee as someone who deserves to understand what’s going on in the enterprise.”

Besides actively engaging with staff about potential merchandise to carry, Reisman has created a very clear and compelling “Indigo Mission” that has a strong focus on the customer and community. Step into any one of its stores and you will likely be greeted by a staff member eager to assist, demonstrating that the mission has resonated with staff. Through the 2020 Group Report, The Times clearly highlighted to current and future staff, not to mention readers and advertisers, where the paper was heading and how the digital version of The Times would build on the paper’s proud legacy.

Decisiveness
Both Indigo and the New York Times deserve credit for the major pivots they made, unlike other competitors in their space. As Adeo Ressi of the Founder Institute said at a recent start-up speaking engagement in Toronto, “indecision is a decision.”

Both organizations faced some stark choices. Unlike many of their competitors, they didn’t stand their ground and hope things would get better. They took decisive steps to adapt to the evolving world and made it a priority to gain the valuable input of staff, the very people who are crucial to their success.

Challenges – and Opportunities
Chapters Indigo and the New York Times are just two organizations who faced change head on and succeeded. While both deserve credit for the success they have achieved, they also should be commended for making change leadership a priority. Change leadership is by no means a smooth process as the examples of Indigo and the New York Times have demonstrated. However, through consultations – and other activities, such as workshops and executive coaching – your organization can reach its full potential.

Standing still in such an evolving world simply isn’t an option any longer.

Mumtaz Chaudhary is a trusted executive advisor in change management with over a decade of experience in helping business leaders deliver transformational change in large-corporate environments with a global presence. With a certification in the Prosci® methodology for change, and armed with experience in the post-secondary education, energy, heavy machinery, mining and financial sectors, Mumtaz is a hands-on, high-quality and driven management consultant with proven agility. Mumtaz is an active member of the Vancouver business community as a volunteer mentor for the SFU Mentors in Business (MIB) program and serves on the Board of Directors for the BC Organizational Development Network (BCODN).

She is also a CMC candidate, working towards her designation in management consulting. Mumtaz is Co-Founder and Executive Director of a boutique change management consultancy called Pragilis Solutions. Pragilis is a resource for business leaders who want to ensure positive, successful and sustainable change, in turn, providing their organizations with a strategic and competitive advantage. Mumtaz, and her co-founder, Shaheen Chaudhary, are leading a talented team of change management professionals at Pragilis who help clients in a variety of sectors in Western Canada. To discuss your change leadership challenge and opportunity, contact the team at info@pragilis.com.