Can we learn about ethics from sport? 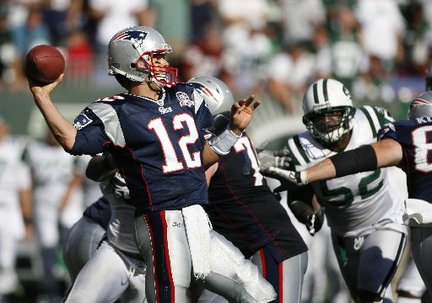 I love to watch football. I like the strategy of it and I like to see the finely honed talent of teams trying to outwit and outmatch their competitors on the field.

The 50th Super Bowl is coming up on February 7th and I’ll be watching with great anticipation to see who wins the coveted honor of being at the pinnacle of American football.

However, last year, there was controversy at the Super Bowl. The New England patriot’s star quarterback Tom Brady was embroiled in a scandal called “Deflate-gate” which, for those not familiar, involved the deflation of the football by the Patriots to make it easier for receivers to catch.

Pushing the competitive envelop as far as it can be pushed to win at all costs is an ethical dilemma. How many times have we seen football players holding a wide open receiver or worst yet yanking a player’s face mask in order to win? The game is built on an “anything and everything goes” construct, unless and until the referee or official says otherwise. This is a part of the game. It doesn’t have to be; but it is.

I play tennis. If I were to consistently call balls out when they were clearly in I would be branded a cheater. People would not want to play with me. The innate rule of the game is to give your opponent the benefit of the doubt on line calls. The ethics in tennis are obviously much different than in football.

So what can we learn about ethics from these sport examples?

As certified management consultants we are bound by a code of ethics. We take this code of ethics seriously because we have a moral philosophy which sets the ground rules and the boundaries of what is and is not considered acceptable, fair and effective is serving our clients. This is the value we provide as professionals and the construct that makes us a higher level management consultant.

We also have joined CMC-BC because we know it represents a community of like-minded consultants that care about the profession. We appreciate the ethical foundation the organization provides as it builds a stronger community to better serve industry and society. Ethics represents an important value to us.

To your consulting success,