Why Body Language is Critical for Facilitators 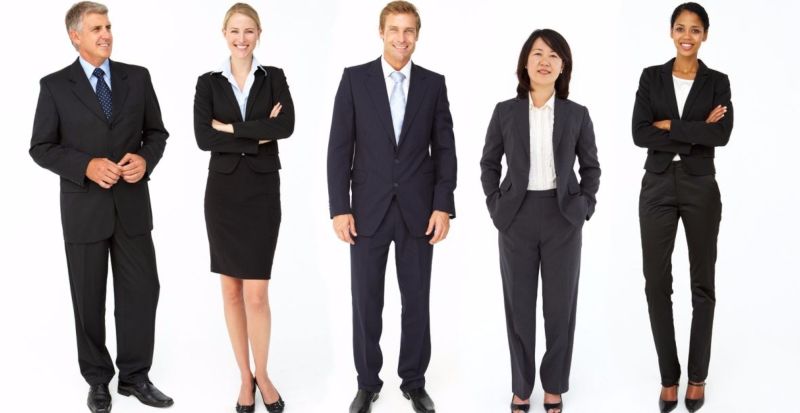 Facilitation is a huge part of being a strategy consultant, and being able to read the room gives a great deal of insight into how people feel about what is going on. Awareness of body language is an indispensable tool that allows you to tailor your approach to reach the best possible outcome. It's not reading minds, but it is perhaps the next best thing. This entry outlines the basics, in order to get you started on your journey of being able to read non-verbal cues. Once you learn how this works, meetings suddenly become more interesting because people find it very difficult to mask how they feel even if they consciously try to control body language cues. It's almost funny how literal our body language is.

As you become aware of these concepts, you'll start to understand the inner state of those around you. And then you'll notice your own, which is interesting and sometimes surprising. A typical reaction to learning about common body language cues like being guarded or the like is that “That can’t be true, I do that all the time. I just feel comfortable like that.” The truth is that it becomes both a learned behaviour, and an underlying emotional state. Purposefully changing your body language can make you more easily bond with others (you can make yourself seem more open), and can have a positive impact on your emotional state, due to the link between your mind and body.

Here are the basic concepts:

Open and closed: When people feel threatened, or less confident, they usually cover their vital organs. The more threatened they feel, the more things they will put between you and their vitals. Perhaps a single coffee cup touting arm crossed in front of the body, maybe two if they’re really uncomfortable. Legs cross, protecting other essentials.

Comforting gestures: When we’re kids, we are comforted by many common behaviours such as a holding of your hand or patting the hair. Those gestures still comfort even if you do them to yourself. When people hold their own hand, it’s a subtle comforting gesture. Some people run their hand over their head in a patting gesture, which does the same thing, making us feel better. Comforting gestures indicate that a person is uncomfortable to some degree.

Holding the words in: One of the funniest gestures I think is holding words in the mouth. When you don’t let someone speak, they will often hold their hand to their mouth, as if to hold the words in! Look for people cupping their mouth, they have something to say!

Genuine smiles: When people are smiling to be polite versus a genuine smile, different muscles get involved. This is the cause for many an awkward looking family photo. When someone smiles genuinely, the muscles around the eyes and mouth get involved. When people are being polite, they smile with the mouth and typically don’t have any eye squint. If you want to fake a smile to look more genuine, practice involving the eyes. The eyes tell the truth!

Honest and open: These gestures go along with the open body language in part 1. Honest and open communication typically involves open arms and hands, which creates physical vulnerability. The willingness to do that creates more trust in a conversation. It literally says “I have nothing to hide.”

Deceit: Lying goes against what the mind naturally wants to do. Body language is generated subconsciously, so when people try to control it such as in the case of lying, there are usually clues that they can’t mask. The body simply tenses up when people lie. Movement in general gets more rigid, they sometimes avoid eye contact (the eyes don’t want to lie – although this can be cultural), the mouth goes dry (hence people lick their lips more frequently), they will be more likely to touch their ears and nose more, and sometimes the head will shake as if to say “no” in a subtle way even as a person is lying with a verbal “yes”. Dry mouth can indicate simply being nervous, so look for clusters. Researchers have even found that using a high speed camera uncovers even more facial micro-gestures than an experienced body language researcher could notice in the moment which looked like wincing or frowning while the person was lying. The body and mind simply don’t want to lie!

Confidence: With men, a common dominant gesture is to show the groin when seated (open legs). It literally says “I don’t feel threatened,” I am confident. Open body language demonstrates confidence.

Control / Dominance: Dominant gestures are interesting. We know that open hands invites trust and openness. Hands facing down is a power / control gesture. A well-known palm-down gesture was used in Germany in WWII and was meant to assert a sense of dominance. You can put together combinations from there. Finger pointing, palm down, looking over the glasses and down the nose all produce the same effect; they’re not meant to make you feel comfortable! Looking down the nose and bringing the forehead down slightly helps to protect the throat, another vital area.

Hand-shakes: This one is note-worthy and can be observed on a daily basis. How a person approaches a handshake indicates sentiment of being open/submissive or whether they want to assert dominance. Again, this comes back to palms up / palms down. If a person approaches with palms down, it’s less likely they want to be on equal footing with you, that means they want to be in a position of control. If they come in for a shake palms up, they are showing you they have nothing to hide and it shows openness. As expected, a handshake that occurs vertically shows equal footing.

Many leaders make efforts to position themselves with a counterpart to their left for photo ops involving a handshake. When you reach for the handshake, the person reaching to the right pretty much has to open their hand up making them look submissive. In the following photo, George W. is right where he wants to be… on top. 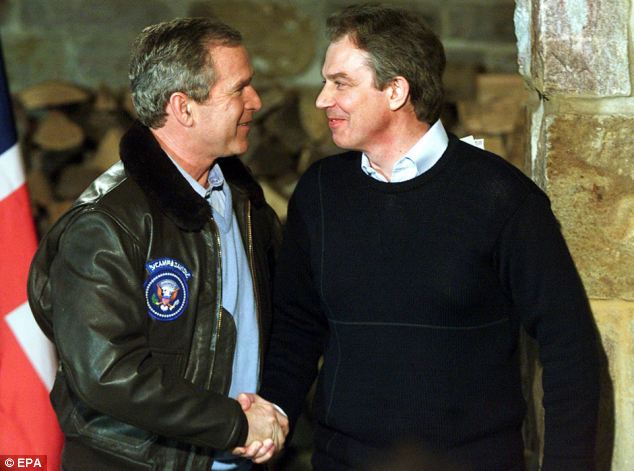 I hope you’re starting to see how literal our body language is, as though it were ingrained into people during countless years where physical protection often determined whether you became old or not. We physically protect ourselves based on how we’re feeling and the sense of threat or dominance we sense.

Hands: The hands provide a major insight into communication. We covered open/honest and dominant/closed with which direction the palms are facing already. One that is interesting to note is that when a person is done communicating, they often literally put the hands away. When the hands go into the pockets, it usually indicates “I’m done talking” or “I don’t have much interest in starting a conversation either.”

Pointing the feet: When a person is engaged in a conversation, their feet usually point in the direction of their interest. When people are done talking and they want to go, their feet will often be the first clue. When the feet shift to point somewhere else, that usually means the person wants to leave. Our feet point start walking away before the rest of us does.

Mirroring: Mirroring someone else’s body in a subtle way subconsciously lets them know that you’re like them. Because we like ourselves, this causes us to like the person doing this more too. It results in a sense of familiarity. If you're doing this purposefully, I recommend doing this gradually and not exactly.

One last concept is that of clustering. Rather than assuming too much about what a single gesture could mean, it’s usually best to look for multiple gestures, which helps to rule out things like a body part being itchy or sore. There is a huge component of cultural impact depending on where in the world you live, but that’s another topic. Look for multiple gestures that differs from what the person is normally like.

When you’re aware of what you’re broadcasting to the world, you have a chance to control the messaging. Now get out there and have fun reading this subtext that is silently going on all around you!

Kirk Leverington is an 20-year veteran of the credit union system and a long-term corporate strategy manager. Combining a belief in challenging leaders to think strategically with an expert understanding of systematic approaches to implementation, Kirk has played an integral role over the years in supporting organizational change. He has a Master’s degree in Business Administration from Royal Roads University, specializing in management consulting. Additionally, he is a Certified Management Consultant.

Before starting his consulting practice at Lucid Strategy Group, Inc. in San Francisco, Kirk was the Senior Manager of National Consulting at Credit Union Central of Saskatchewan.

A version of this post was first published here.